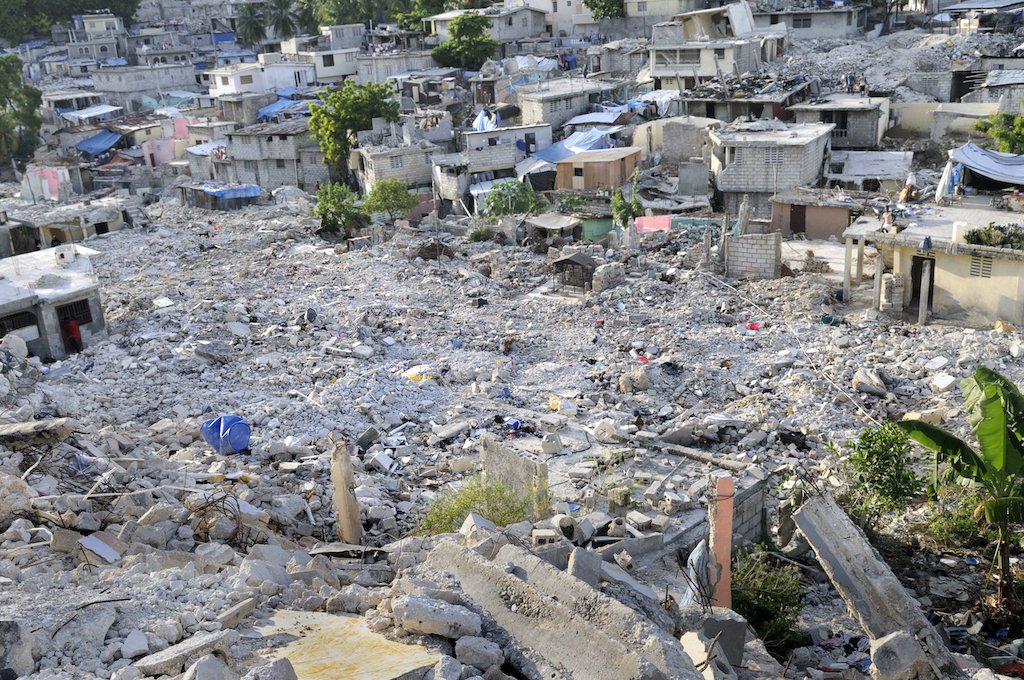 Written by Waste to Wonder

Waste to Wonder is a leading ethical office clearance provider that saves costs and delivers exceptional CSR and environmental results. It's flagship programme, School in a Box, has equipped over 900 schools in 19 countries with donated furniture from the clearances they undertake.


The 7.0 magnitude earthquake that devastated Haiti on January 12, 2010 claimed the lives of over 200,000 citizens. It also led to wide-scale destruction, with architectural collapses as well as localised tsunamis. In response to the natural disaster, World ORT began an initiative to create a five-year programme to train 3,000 building labourers in earthquake-resistant construction techniques.

This initiative involved collaborating with partners – such as the American Jewish Joint Distribution Committee – on residential courses. Each course saw 16 Haitian men learn about general business techniques, construction skills – and perhaps most importantly at that point – anti-seismic techniques. The mission of the project was not only to give local craftsmen the tools to repair building damage as a result of the earthquake but also the architectural knowledge and skills needed to prevent further damage.

We at Waste to Wonder were one of the partners in this collaborative process. The Haitian initiative, according to Michael Amos, was: “of particular importance because the earthquake was so prevalent in the world press, and it was so distressing to see the immediate aftermath”.

We had worked previously in 15 other countries to provide relief through redistributing redundant office furniture, but the Haiti initiative with World ORT was the first project conducted within that country. 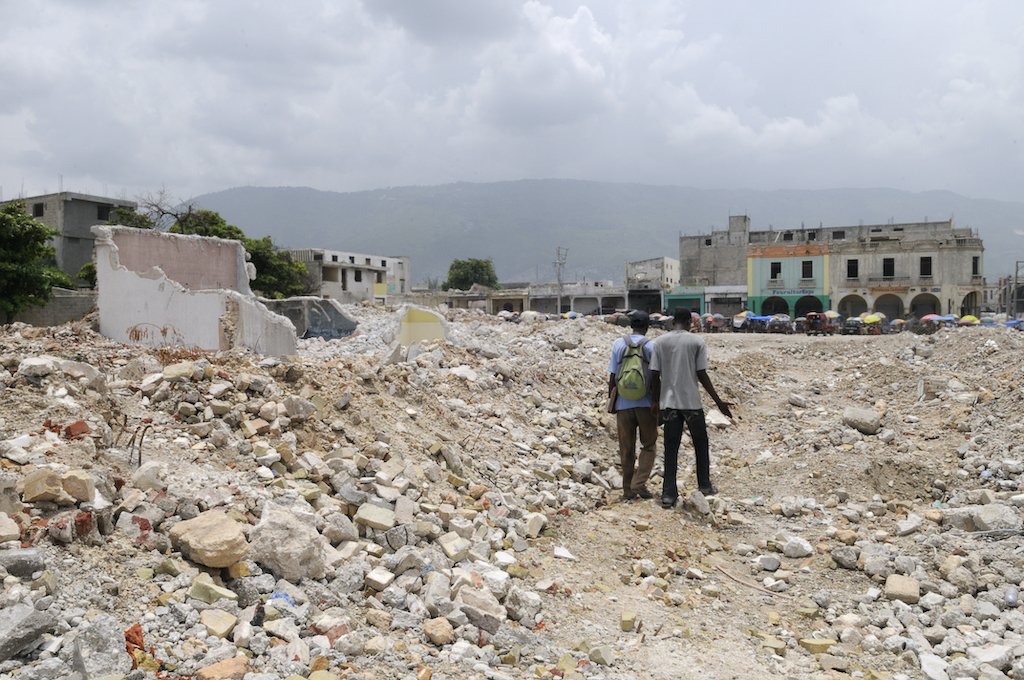 The World ORT’s partnership with Waste to Wonder proved to be beneficial in providing the tools needed for repairs and innovation. A World ORT spokesman described the partnership by saying: “The Haiti initiative, which we were delighted to work on with Waste to Wonder in 2010, saw a container shipped from Britain carrying office tables and chairs, architect tables, plastic buckets, security equipment, surgical gloves and more.” This shipping container programme, previously referred to as Big Bright Future, is now known as Waste to Wonder’s School in a Box Programme.

The 2010 Haitian earthquake left approximately 160,000 homes in disrepair. While the project was estimated to take 30 years for completion, the focus was on building structures to survive future natural disasters. Responsible reconstruction was a vital aspect of the project. Thus, the mission of the initiative, as well as World ORT’s vocational courses, was to teach simple construction skills, as well as business skills, that could be used to create inexpensive but durable buildings for a safer future.

However, the Haitian initiative went further than repairing infrastructure. It impacted the people directly, boosting morale and raising self-esteem. The workshops, which took place in Camp Perrin about 240 kilometres away from the impacted capital, utilised “as new” furniture redistributed by Waste to Wonder from large companies and businesses. This provided not only an edifying environment for the Haitian men learning their skills but also enhanced the professional spirit of the training course. The result was a group of men confident in their training to rebuild their homes. As a result, though the project appeared to be enduring, the morale was boosted. Self-esteem was raised, restoring a feeling of independence in a time of tribulation.

Waste to Wonder’s contributions were also an environmentally-friendly solution to furnishing training classrooms, a fact appreciated by World ORT. In helping the people of Haiti in their time of need, protecting the environment from any additional harm was also a significant factor. Redistributing redundant office furniture from large businesses helped prevent waste while also reducing production costs. This also meant that, as a result, more funds could be allocated directly into the training program to provide utilisable tools for the craftsmen without sacrificing the professional atmosphere appeared to play such a morale-boosting role.

The Haitian initiative quickly exceeded expectations of success. When reporting, a World ORT spokesman said “The project set out to educate 600 people per year for five years. By 2012 we had reached more than 700 people. Our local partner Les Ateliers-Ecole de Camp Perrin published a handbook for builders on anti-seismic techniques in French and Creole and a television programme to raise public awareness was also put together.”

An increase in class size was proposed, one that would double the size by allowing 32 men to be taught at once over 16. This would improve results even more, increasing the trained craftsmen and construction workers throughout the country.

The desire from the local people to use this initiative was clear to see. The men attending the vocational classes through World ORT strived to maintain an air of professionalism. They wore their best clothing, even borrowing clothes in order to present themselves in a respected and professional fashion. As they gained safe and responsible architectural skills, their self-esteem improved. Though the techniques taught in the vocation training classes were simple, they were effective. They also aimed to be cost-efficient, costing “less than one-fifth more than the low-grade buildings” in Haiti prior to the earthquake. This also helped raise morale by giving the local people confidence in their business and financial skills, making the end results of the project – a repaired and innovated rebuilding programme – more tangible. 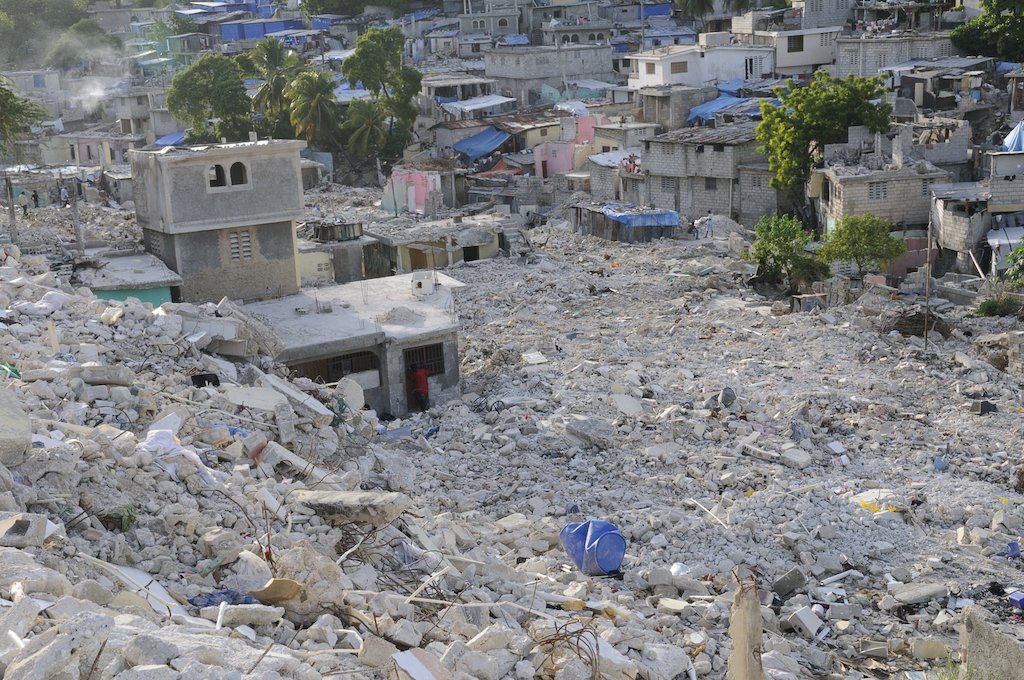 This new confidence, boosted by the combined efforts of all the partners involved, encouraged them to use their new-found skills despite any additional costs or time. The legacy of the knowledge and skills gained will continue as the innovative methods of repair that are now able to be used will help protect families and businesses and save lives in the case of another natural disaster in the future.

Working with many large businesses and corporations, Waste to Wonder has been able to help many charitable causes around the world. By the redistribution of redundant office furniture and equipment to charitable causes such as the World ORT Haitian initiative, the equipment lives a second life enhancing the lives of some of the most disadvantaged communities giving people the resources they need for innovation.

A World ORT spokesman concluded: “In 2020 we marked our 140th anniversary, and the values which our founders inspired in the organisation in St Petersburg, Russia, in 1880 live on today – our students in Israel and Moldova created specialist masks during the Covid 19 lockdowns. We also run a series of awards for students who show excellence in their social action projects.

“We remain committed to helping others and are dedicated to preparing our students to have a positive impact on the world around them. We remain enormously proud of our collaboration with Waste to Wonder in 2010 and are grateful to have had the opportunity to help so many people in need in Haiti.”

Are you looking for an ethical clearance provider?

We are office clearance specialists for socially conscious businesses. If you have an upcoming clearance project in the UK or Europe that you would like to see benefit communities, please get in touch to see how we can manage it for you.

ORT is a global education network driven by Jewish values, reaching 300,000 people in five continents. Their aim is to build a better world through education. To learn more about their incredible work, please visit their website.

(In a hurry? Scroll down to watch our video...) We all want to leave our mark on the world. To do something good that...

An organisation as closely involved with furniture as Wagstaff was always going to be a natural partnership for Waste...

Waste to Wonder, an ethical office clearance provider, has now hit the halfway mark of their impressive goal to donate...